Jo Benink (Amersfoort, the Netherlands, 1974) received her BFA from the Gerrit Rietveld Academy in Amsterdam (2009). She has exhibited her work at the C&H Artspace (NL), de Oude Kerk and the Museum Night 2010 (Amsterdam, NL) and performed at various events in the Netherlands, such as FLAM at Arti et Amicitiae (Amsterdam, NL), Kaalstaart (Amersfoort, NL), De Parade (NL) and in China; Guangzhou Live 4 (CN) Coming up: Infraction, The Biennale Arte 2015 (Venezia, I ), Blauverschiebung 2015 (Leipzig, D).

In her performances and photography she theatrically employs her own body to pose existential questions about religion, consumption, beauty and identity. Central to most of her work is a representation of the (western) woman in relation to subjects such as sensuality, faith, violence, power and commerce. The aim of the work is to examine and expose principles and emotions that lay hidden in the social themes from which Western society derives its identity. 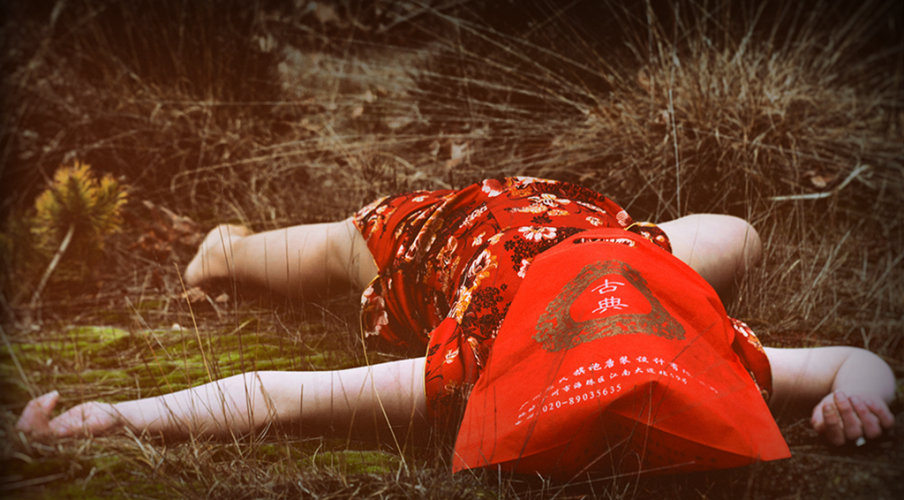