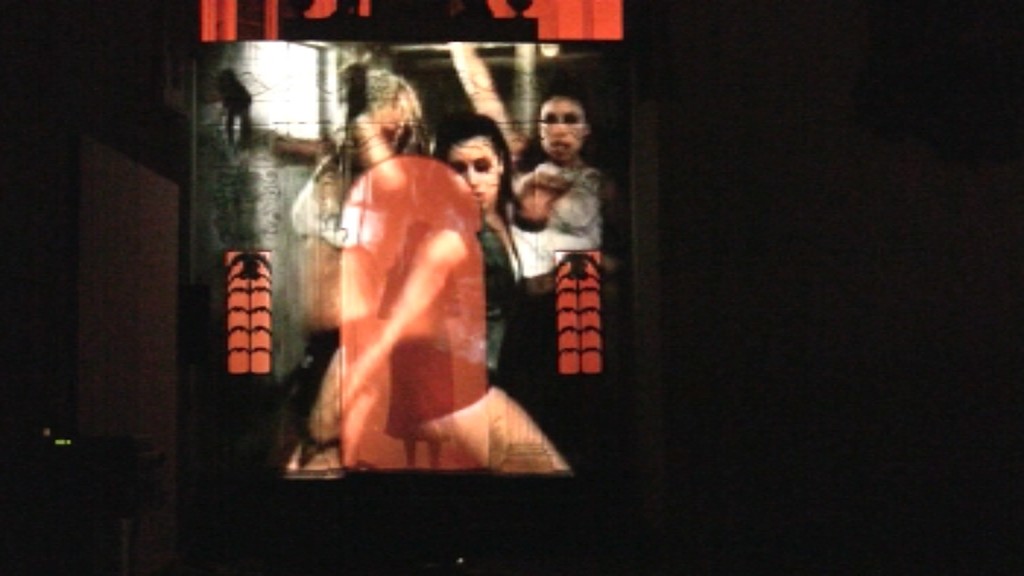 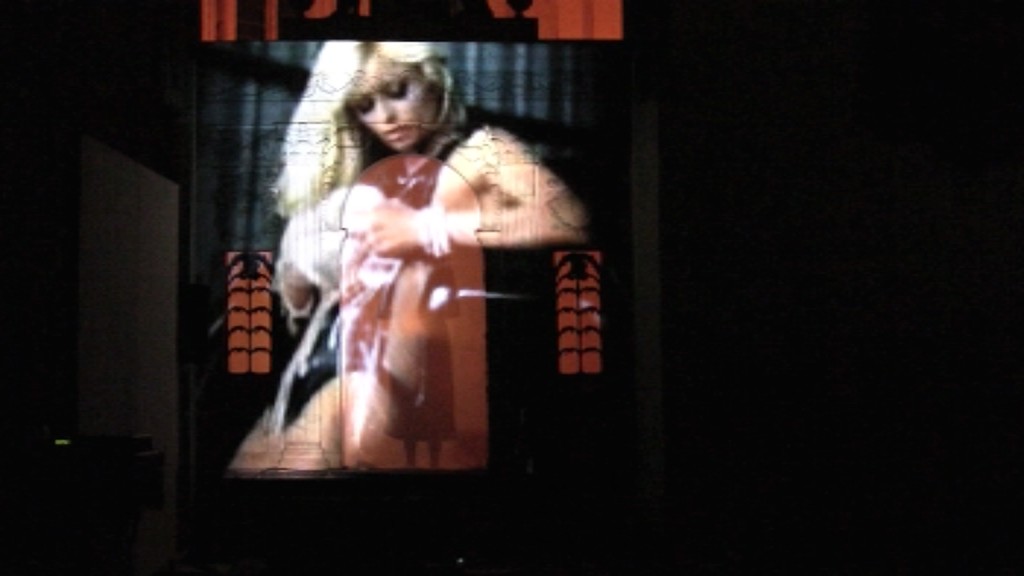 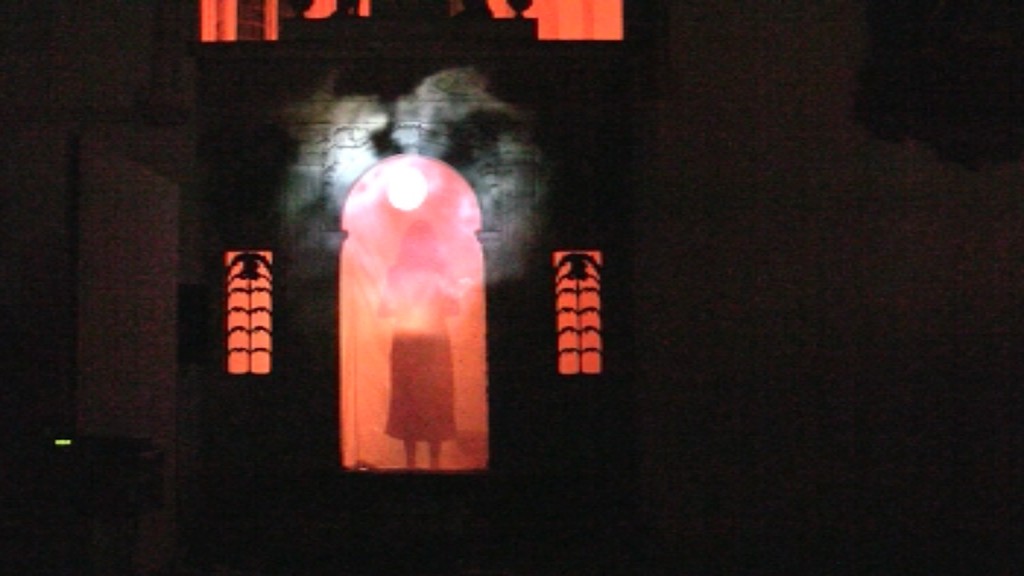 La Llorona is a performance in which a compilation of appropriated clips from popular music videos and television commercials, projected onto the body of a weeping Jo Benink, functions as a modern day interpretation of an old folktale. La Llorona (the weeping lady) is a story of Mexican origin, though it is known in different variations all over the world. It concerns a beautiful but poor woman who, after she got left by her wealthy lover for a woman from the upper class, gets outraged and drowns their two children and herself in the river. From that moment on her spirit keeps re-appearing during full moon, crying and restlessly dredging the banks of the river in search of what she lost.

The story combines a beautiful woman with a purifying river as a metaphor to designate the universal woman’s creative process. Unrestrained emotions and subsequent destructive urges cause both the woman and the river to perish. The story is a metaphor for the destruction of a woman’s creative life, after which she transcends into her psyche to seek her former creative abilities. Weight is given not to the quality of creative manifestations but to the choice and care for a creative life.

The artist, standing behind a screen, appears as a silhouette in the centre of the image. She holds a candle in front of her lower chest, symbolising the connection between an individual and the outside world, his or her sympathies and antipathies. In Indian philosophy this is the location of the third chakra, which represents social orientation and relates to one’s ability to enter into an emotional connection. Accompanied by a soundtrack composed of samples of recent (pop) songs that were inspired by La Llorona, the performance addresses the deterioration of the creative flow present in Western society.